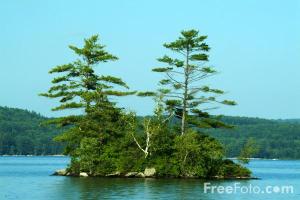 As I was relating in my last installment Bob and I had paddled to an Island to set up camp, as he was cooking our fish for supper I had slunk off to have my nightly movement and had concealed myself quite well. I had just finished and was covering up the hole I had made for this purpose when I saw a large trader canoe, much larger than ours with three burly, scruffy looking gentlemen aboard. I saw the men pull up to the island and disembark, they were even bigger than I thought as I looked closer I saw they were deerskin garbed and carried huge bowie knives on their belts.

They proceeded to unload three large canvas wrapped packages onto the shore from their canoe, then they spotted Bob and stopped. They were eyeing Bob and whispering amongst themselves as they fingered the handles of their bowie knives, which made me very nervous. I couldn’t tell what language they were speaking or what they were saying but they kept whispering and caressing their knives looking back and forth to Bob. 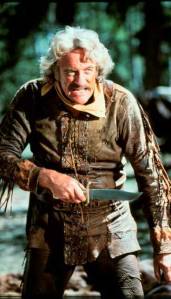 Bob ignored them he kept stoking the fire and turning the fish as if the men weren’t even there. The men started getting louder and it seemed to me they were getting ready to jump Bob, this is when I became convinced they were the enemy and my army training took over. I took out my german luger taking the safety off and began calculating my battle plan.

First off my training told me to take out the surest threat and make certain they cannot escape and get behind you. I calculated that the man to the right could quickly slip into cover and come up on my rear, the man on the left could overcome Bob in one quick movement and take him hostage. The centre man could in the confusion dive into the canoe and grab whatever firearm they might have available.

Plan one take out the man on the right with a body shot, then the man on the left another body shot the man in the centre another body shot. The main problem with the plan was that I had fourteen rounds in the luger, should I fire one round for each man or do I take the time to get two into each man to be sure? During the time it took to make my mental calculation Bob hadn’t even looked up at the men and continued with his cooking.

Plan two then presented itself, I spotted a metal cracker container and quickly made my decision. I fired three shots in quick succession bouncing the metal cracker tin three times making quite a racket. The men froze, then they quickly reloaded their canvas wrapped parcels into their canoe before jumping in and paddling off like crazy. I fired one shot  beside their canoe as they retreated and they paddled even faster. 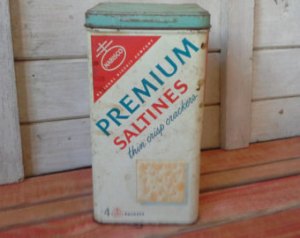 Bob then walked to the canoe took out our dishes and began portioning out the fish for supper. He seemed so calm that I had to mention to him what he had thought of the whole situation that had just occurred. He said casually that he believed I was going to kill those men and that he was completely fucking terrified so he decided to try to keep his cool by acting like the men weren’t there.

He then passed me a tea bag and we started talking about what we should do. We decided that rather spend the night on the island as the men could come back as we slept we would wait until dark then proceed to the next river over as indicated by the map. As we paddled under cover of darkness we saw a campfire on the opposing bank of the lake which must have been where the men had set up camp. 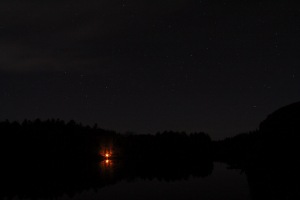 I must confess that neither Bob or myself would soon forget the immediate scare we had suffered but as we paddled on past daybreak the beautiful scenery and wonderful natural settings changed our mood and we began to relax again. As we paddled we came to a large clearing where there were many animal tracks we detected a large number of wolf tracks and got back into our canoe quickly. Paddling further on we quite soon saw a large pack of wolves on the bank of the river gorging themselves on a fresh deer kill there we even little pups getting in on the action, but that’s a story for another day!

Stay tuned for the next instalment of Rapid Inn and feel free to leave any comments below.